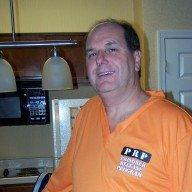 The people who matter in this country, who really matter, who will always matter, are not scribblers like myself, and are certainly not the performers in Hollywood and the news media… No, the men and women who matter are the ones with the most difficult, dirty, thankless, and now dangerous jobs in the world. And they get up and do those jobs every single day…

And in doing them, they hold together our civilization.

God bless them all.  We can never thank them enough.

david r22
2020-03-16
46
1
Just a general question for the folks here.  What if we become infected with the COVID-19 virus.  Are we supposed to tell all the folks here so they can shun us as if we are walking dead?  this could be an interesting few months here in the USA.  If anybody has any advice after having gone through it in your country, please let us know.  as always, stay safe.

i hope all can appreciate this one

david r22
2019-12-28
49
0
And meanwhile, Joe Biden continued with his story about Corn Pop: "After I took down Corn Pop and his fellow bad boys, Honeycomb, Apple Jack, and that dimwit, Special K, Corn Pop and I developed a mutual respect for each other and we became good friends. In fact, I briefly dated his sister, Sugar Smack, but that was before she began writing bad Chex and turning Trix. So, late one night Corn Pop and I walked downtown to grab sandwiches at Subway. It was about 2 a.m. and along the way we ran into Jussie Smollet, who smelled of bleach and had a rope around his neck, but we didn't think anything of it. Then, out of nowhere, Cesar Sayoc's white van covered in Trump stickers, which strangely didn't have a scratch on it, pulled up and Nick Sandmann and his Covington Catholic crew, all wearing red MAGA caps, jumped out, and they began staring us down. I tell you, I was never so scared in my Life. It was scarier than finding yourself in a dark alley with Count Chocula and Franken Berry. Corn Pop was so scared that he dropped a load of Cocoa Puffs in his pants. I was about to whip out my cell phone and call for military backup since I had Captain Crunch and General Mills on speed-dial, but at that moment I said to myself, 'I'm a Biden, man, and I'm not going to be intimidated and bullied.' So I grabbed a drum from Nathan Phillips and walked over and beat it in Nick's face while chanting the war cry of Elizabeth Warren's tribe. Man, that was something! I look back on that night and thank my Lucky Charms that I'm alive today to tell you about it. No joke! Cerealously, that's the truth, on my name as a Biden."

david r22
2019-12-13
53
4
The Chief comes out of his tepee where his wife had just given birth of his 4th child.  His son asks what he planned to call this one.  He looked around and noticed a female deer running through the meadow.  He looked at his son and said " she will be know as Running Doe.  I named your brother Climbing Bear because I saw a bear climbing a tree for honey, and your sister Two Deer because that is what I saw when I came out of the tepee,  tell me Two Dogs Screwing, why do you ask?"